Natasha is an accomplished producer and creative executive (MTV, FOX, Disney), now full-time writer, actress, standup comedian, voice over artist, and podcaster. Born in Dubai, she has lived in Mumbai, was raised in Toronto, moved to New York, and now resides in Los Angeles. She brings her truly diverse perspective to all her projects. 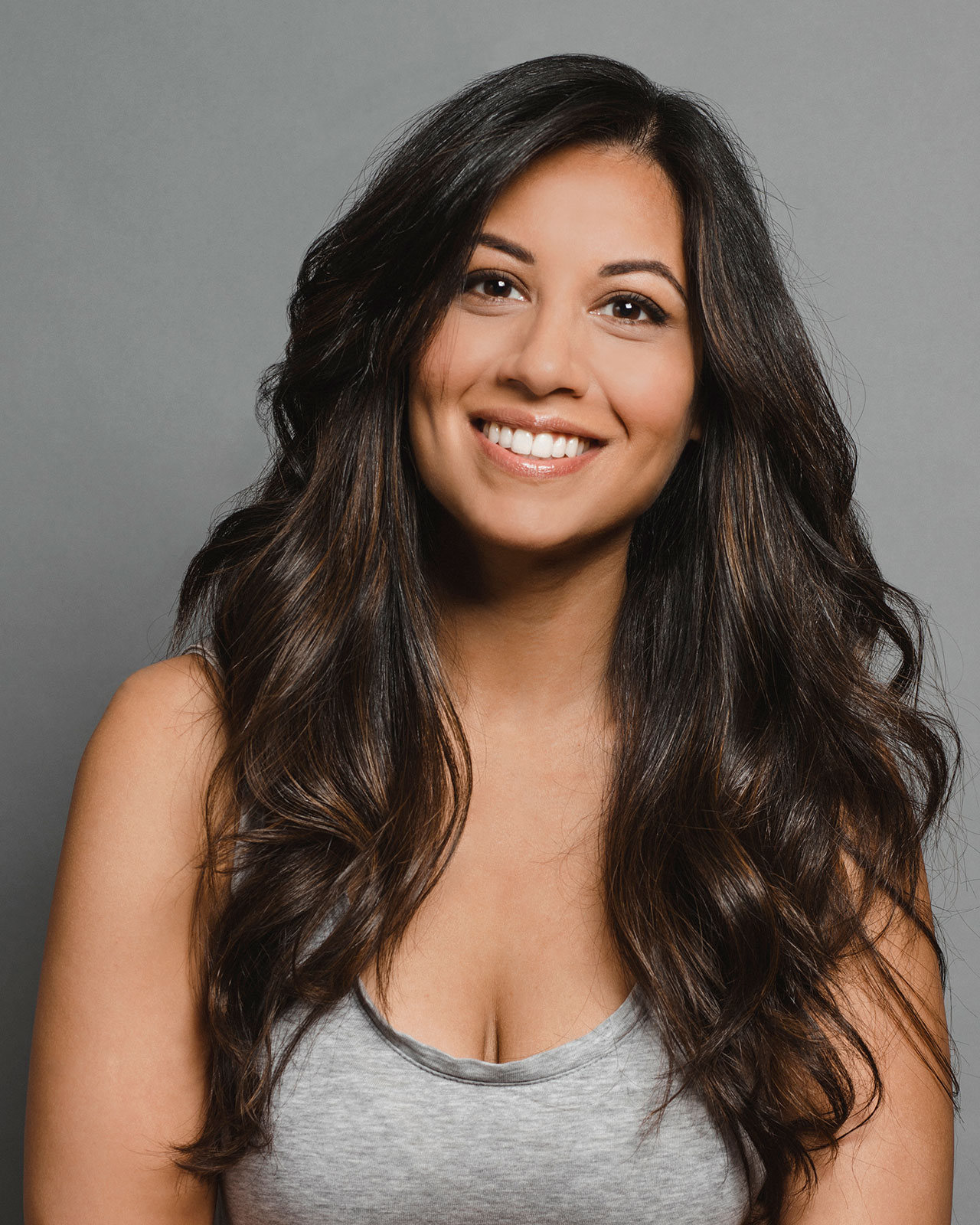 Natasha’s voice has been described as edgy, fresh, honest, and hilarious. She has a penchant for writing coming-of-age stories (at different ages), and social commentary veiled in comedy. Along the way, she loves to break stereotypes (especially about South Asian women), and show her culture as cool (because it really is)!

She received a first-look deal at Viacom, for creating, writing, directing, and starring in 3 seasons, 28 episodes of her colorful comedy web series, MUMBAI CHOPRA: MISADVENTURES OF AN IT GIRL. She also helmed the branded comedy web series, THE CAN, and wrote the historical documentary, HAPPY BIRTHDAY FLOWERTOWN (winner of a Telly and Galaxy Award) at the ripe age of 18. Totally an overachieving Indian.

In a previous life, Natasha was a Supervising Producer; she can hire crew, babysit talent, budget, manage set, and post. Aside from Critical Role, she spent years covering Jelena at MTV News, and battling legal at Disney’s Maker Studios.

Fun facts: Natasha battled Lyme Disease for seven years, but now that bitch is dormant so… bye, Felicia! She is obsessed with wrestling, still secretly aspiring to be a WWE Diva. And she was part of a spiritual cult, but there was no sex involved… so, you know, not one of the good ones.

Natasha is currently working with A-list prod cos. and talent developing various projects including a semi-autobiographical comedy aptly called THE ASTROLOGER’S DAUGHTER (yup, her dad is a legit Vedic Indian astrologer, and yes, she can get you a discount on a reading). She’s Indian. Ain’t nothin’ free!

A trained actor, comedian, dancer, and host, Natasha can currently be seen in the festival films, AMERICAN-ISH and HAPPY RAKHI (produced by Academy President Janet Yang). She can also be heard in a variety of video games and animated shows including CALL OF DUTY: VANGUARD, GHOSTBUSTERS: SPIRITS UNLEASHED, Mattel’s MEET KAVI and more.

A UCB improv grad, she is now making waves as a standup. Natasha has opened for Godfrey, performed at NYCF, Comedy Store, Laugh Factory, and showcased for Netflix’s New Faces of Comedy.

Natasha is best known for starring in MUMBAI CHOPRA: MISADVENTURES OF AN IT GIRL and the viral video WOMEN TRY BALLS. Yeah, that happened.

Fluent in Hindi, Natasha was a Bollywood dancer/instructor for an international dance company.

She has studied under theater legends like Wynn Handman to improv juggernauts Will Hines and Shannon O’Neill.

The former MTV News reporter has also interviewed some of the biggest stars in the world. 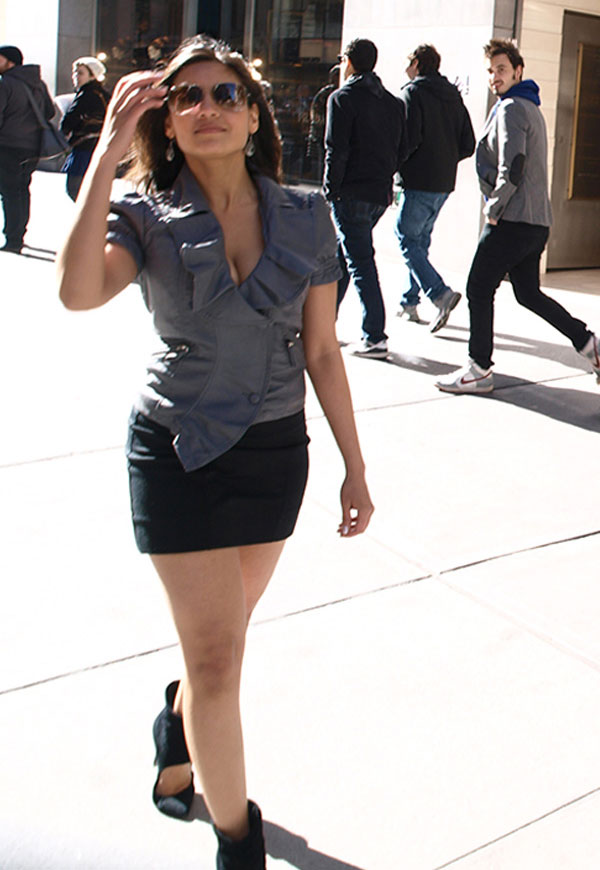 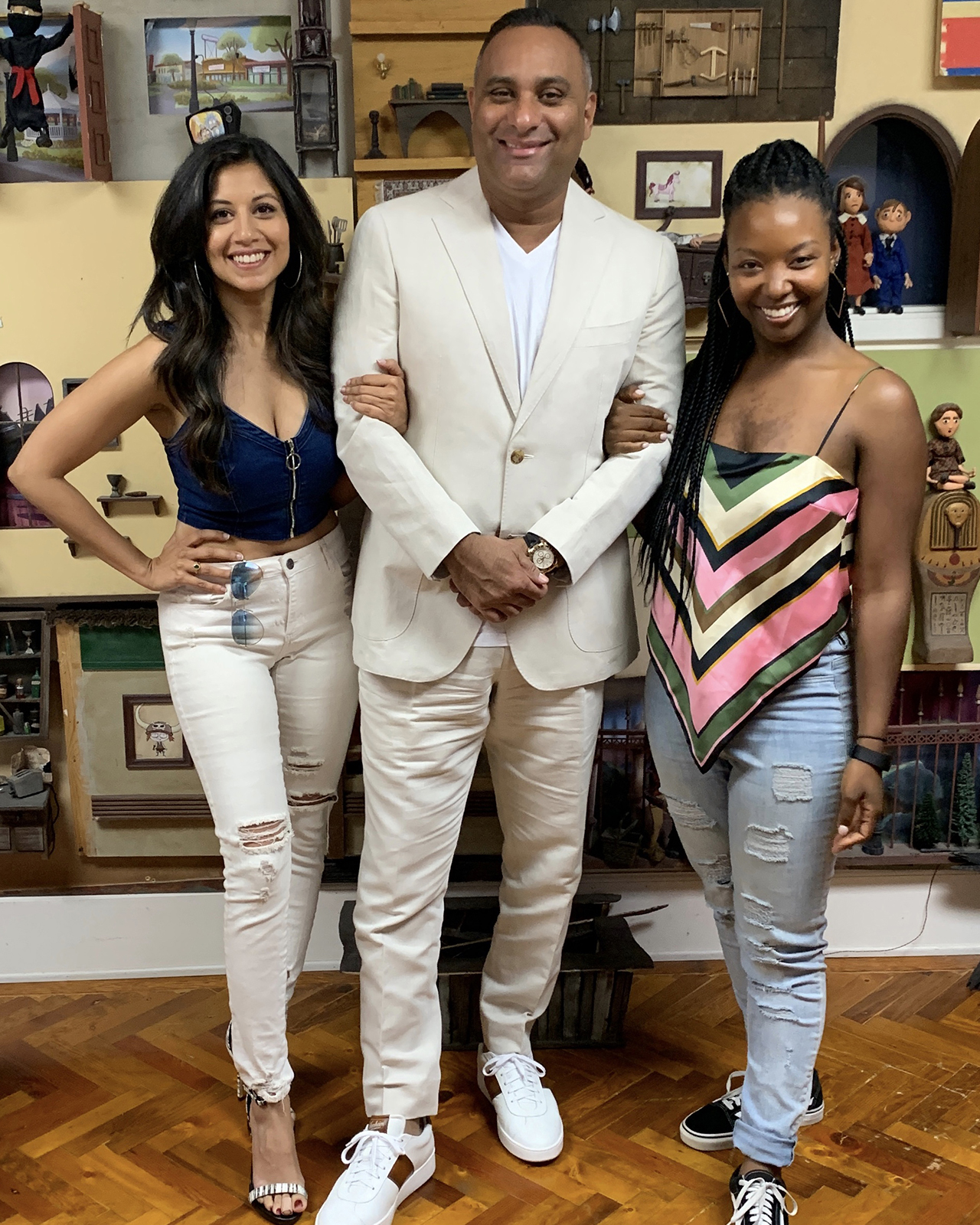 Natasha is also considered a “dating expert.” She created and hosts her popular comedy dating podcast KINDA DATING (recently Top 25 in Apple’s Relationships chart). Geared towards Millennials and Gen Z, she and influential guests break down the dating world, and try to figure out why the fuck we all have commitment issues!

Featuring NYT Best-Selling authors to global comedians to expert therapists, she has recorded over 200 episodes, making this her most committed relationship.

With over 200+ episodes, Kinda Dating has been featured in AskMen, Bustle, Elite Daily, Refinery29, and more! It was selected as an iTunes New & Noteworthy

The Real Story
IN HER OWN WORDS

I broke my Indian parents early. I told them I didn’t like brown boys, want to get married or have kids, and that I wanted to become a comedy performer. When they asked me why, at the very least, I didn’t have a boyfriend, I said it was because I was really a lesbian (confession: I just wanted to sleep around for a while, or five and a half years, and didn’t have the balls to tell them; I’m only so much of a bitch). But it was all purposeful, I swear. And it all worked out.

By the time I brought home my black boyfriend, they were elated – he was a boy, and there was some inkling of hope for the future they sought out for me! You know, the future that accepted the early University admission and scholarships into Science programs, instead of taking the opportunity to pursue Radio and Television Arts (with scholarship too, by the way).

But I understand why my parents were so flummoxed. No one in our family had been in the arts, especially not any “respectable Indian girl”. And I could see it being really weird for my mom to walk into her room and see her two year-old daughter crying and then stopping, crying and then stopping, in front of a mirror, and then when she asked what was wrong, her daughter told her, “I wanted to see how I looked.” It was all downhill from there for me.

That happened in Dubai, where I was born. From there I lived a year in Mumbai, then moved to Toronto when I was seven, NYC and LA. Yeah, I’ve lived in five major cities in the world and noticed a lot of differences and a lot of similarities.

Similarities: everyone is fucked up (in one way or another), dating is hard everywhere (from the Big Apple to buck fuck Wisconsin), and change is the only constant.

Differences: people smile in LA, we love to drive in snowstorms in Toronto, and you will be called a “cunt” if you graze someone in NYC. But I find it really funny.

My foray into entertainment began early and led me into all areas of the industry; I’ve been a professional producer turned creative executive, working in everything from physical production to content development at top networks like MTV, FOX and Disney. I’ve seen things from the side of both the buyer and the seller, which eventually led me to my true passion – being the actual storyteller – the writer.

Though I took a windy road to get there, my roots are actually in writing. Interestingly enough, one of my first professional credits was as a writer at the tender age of 18, when I was asked by execs at Rogers Television (one of the largest broadcasters in Canada) to write an historical documentary for the 150th anniversary of the 6th largest Canadian city. Why? Because they liked the first piece I wrote for their local news show. My original thought was much like yours right now, “What the fuck?” But as a forever “Yes, and-er,” I stepped up, worked with a historian and wrote HAPPY BIRTHDAY FLOWERTOWN, which went on to win a national and international TV award for the network.

I call myself a “child of the world”, and I bring that into the stories I tell as a performer and writer. The first comedy web series I wrote, produced, directed and starred in called MUMBAI CHOPRA: MISADVENTURES OF AN IT GIRL had an eclectic cast (way before being “woke” was a thing) of over 100 actors from all walks of life, including two with Down Syndrome (because my first best friend as a child had Down Syndrome and she was awesome) and a few trans actors; we shot episodes all across NYC, DC, NJ, two in Toronto and two in Mumbai. I got the chance to tell the story of the materialistic daughter of a spiritual guru, and use my unique point of view (a world I know well because I’m Indian and everything is mad earthy, and because I’m obsessed with Kim Kardashian and celebrity pop culture).

As you can tell, I write all kinds of shit, including a 3-part branded comedy web series for Toter called THE CAN about two male neighbors who escape the madness of their homes by taking a daily man-date at the trash can at the foot of their house, only to get caught up in the happenings of their quirky neighborhood.

Most recently, I tackled race, fake news and the trials and tribulations of dating in my comedy pilot, COCONUT and a “fuck The Man” office adventure comedy called HOOKY.

But life hasn’t always been a bed of roses. I grew up in a dysfunctional home, was a tomboy who was bullied for wearing coke-bottled glasses, I’ve been broke more than once, my ex cheated on me with grandmas (yeah, let that one sink in), I battled undiagnosed Lyme Disease for seven years, and then a bad head injury for two-and-a-half years. No, I don’t need a pity party. It’s because of these experiences that I have my zest for life, and why I’m always ready to do more!

Probably the most revealing project I’ve created is my KINDA DATING podcast, where I explore commitment-phobia from the point of view of a reformed commitment-phobe! I basically tell people everything I wish someone told me when I was a kid.

I guess that’s my schtick – take on a unique approach, break the mold, alter preconceived notions, and do it humorously…because life is hard enough, as it is. We might as well laugh about it.

STAY UPDATED ON EVERYTHING NATASHA